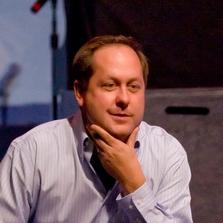 Mr. Whapham has been the Theatre Director at Sycamore High School since the fall of 2005. He teaches Acting, and Technical Theatre courses.  In 2012, Mr. Whapham received the Outstanding Theatre Educator Award from the Cincinnati Enquirer.

Mr. Whapham studied Acting, Directing and Management at Miami University.  He studied Voice and Music at Kent State University and Education at the University of Virginia.  Mr. Whapham received his Master's degree in Education from Xavier University in January of 2007. He is licensed in Theatre, Music and Administration K-12 by the State of Ohio.

Before coming to Sycamore, Mr. Whapham was the Theatre Director of Herndon High School, a 2500-student Fairfax County public school, just outside of Washington, D.C.  In 2004, Mr. Whapham served as the Technical Director for the Cappies National Theatre Program at the Kennedy Center in Washington, D.C..